‘Structure begins within; I activate success when I acknowledge abandoned emotions’

The first new moon of 2021, and it’s a deep and subterranean one with a lot going on. One with the power to excavate crevasses of previously hidden things.

An opportunity to feel into root causes or influences that have power in our lives. For personal liberation, transformation and change.

We are getting to the bottom of the structures and systems that our world has been built upon. It may seem we hit all-time low after low. But what happens when you hit the bottom? It’s only up.

We are in a time of change, and change comes with many layers and processes that aren’t exactly linear. One step forwards, 10 steps back. But all for the purpose of evolution and to really uncover what’s underneath that is required to come to the surface so we can truly evolve.

This moon is one of personal authority, where are you taking or not taking responsibility for yourself and your place in the world?

There is a lot of stuff floating around the Internet and it can be really intense and full-on.

My personal advice is to take some quiet, introspective time for yourself this new moon to ground and listen to your internal compass before engaging in social media and the chaos that is circulating.

Grounding within ourselves will prepare us for any Uranian bolts of sudden change. Prepare for zaps of insight, be ready to write them down.

This new moon also starts a 2.5-year moon cycle, so what eventuates now waxes, peaks, wanes and renews around every 9 months in its larger fractal cycle.

Reflection over action today and mind what you say to others, stay in the heart.

“A Woman Entering a Convent”

Our first new moon of the year starts us out with the grounded and practical sea goat offering us reassurance to move forward and take action towards our goals. New Moons are typically times when we are meant to retreat inward and cosy up into our cocoon wombs for R & R, but when the moon and sun find themselves starting new cycles in cardinal signs, we are beckoned towards taking our first baby steps out of hibernation. With groggy eyes, we slowly come into awareness of a world filled with chaos. How to structure this reality into something manageable is what the new moon in Capricorn is showing us now. There is a fine line between chaos and rigidity. We create structures in our world in order for our linear brains to make sense of arbitrary symbols and life incidents but sometimes when the pendulum swings too far to the left or right the imbalance restricts the universe’s ability to co-create with us via fluid imagination.

Capricorn is often characterised as a super practical, right-brained worker drone just out to gain control and success at all costs, but we forget about this other very mystical side to Capricorn. Like Sagittarius, Capricorn is a hybrid between two species; the bottom half is represented as being a fish and the top half a goat. The fish portion of the hybrid animal understands how manifestation works and has a connection to esoteric arts because of its ability to also dive into the deep waters of the unknown. The dedication it takes to master one’s mind is a challenge the goat is happy to take on, if you dangle the promise of accomplishment in front of a Capricorn they will happily follow, allowing a sense of purpose to reside in their hearts. The idea of climbing an exclusive hierarchy which only a select few apostles may join is the ideal scenario for the sea-goat. Many mystery schools have such a system in place that weeds out the masses leaving only a few very limited spaces for those who are wholly dedicated to the program and upholding its traditions. Capricorn honours this responsibility of maintaining the status quo for the sake of humanity’s sanity – “the martyr” another archetype this constellation doesn’t get enough credit for. An imbalance occurs when the illuminated one who has received the secrets to the universe contains all the knowledge for the self, withholding information from the masses out of a fear that it will create chaos in the world. Ruled by Saturn the planet of order, systems and restriction we sit with the question “Where have I restricted my imagination out of fear of losing control?”

The beautiful moon that glistens and reflects all our deepest emotions, habits and shadows, remains in the darkness, blotted out by the sun’s massive light. The two united, symbolize for us a beginning of a new cycle within ourselves and in our daily lives. It is a blessing really, to have this opportunity of renewal and rebirth every single month, to be able to wash away the old selves through the full moon and refill our beings with the light of the sun. How can we remain soft, receptive and vulnerable through times of rigidity? Naturally expressive in Cancer, the moon in its opposite sign can withhold vulnerability with others to seem strong and stoic while internally the tides of emotions are ripping against the surface. The tip of the iceberg shows a tepid persona while deep inside the boulder moves up through the diaphragm as a lump in the throat, like a frog croaking a bizarre song. Learning to share the deeper feelings that have not seen the light of day will look something like a slimy toad, sounding hoarse and awkward. It won’t be beautiful it won’t be like a diaphanous song but rather a quacking, fledgeling duck fumbling around the sand to find steady footing. Take comfort in knowing that you aren’t the only fledgeling duckling dancing about trying to find steady ground but that all are moving through the new moon tides in a similar fashion, just to a different tune.

The first new moon of the year features a conjunction with Pluto, the planet of the underworld, purging and deep secrets. On a collective level we are seeing so much information be revealed about internal structures that have been kept hidden for decades that it is often so wild it’s hard to believe (South node in Sa
gittarius). A massive purging is happening politically and culturally which is also true for the individual as well. During these processes of elimination try to remain balanced by sticking to a ritual or practice that helps ground you. We are realizing now that maintaining inner sanctum is necessary when all the external systems we once relied on are slowly crumbling away. Let go of the old structures that you held on to for the sake of control that may have been actually holding you back from co-creating with the universe, especially if that control was a placeholder for avoiding fear of the unknown. While we are in the darkness of the new moon energy, honour all that comes to the surface to be eliminated from the psyche. Do not fear that which has laid dormant within as it is a part of the beautiful process of renewal.

The Sabian Symbols are a symposium of channelled tableaus by clairvoyant Elsie Wheeler in 1925 and are an added detail for interpreting new and full moons, or any degree of the zodiac for that matter. The Sabian Symbol for the 23rd degree of Capricorn is “A Woman Entering a Convent”. The retreat into the self to illuminate the emotions that have been hidden come into view this new moon. Our inner refuge lays host for all spiritual guidance and all truths. Begin the groundwork towards accomplishing your goals with just one baby step, that’s all it takes. If you are the type to create new year resolutions, this new moon is perfect to start writing down the steps to accomplishing the goals with practical approaches that are not too idealistic. Just one tiny step into the future is all you need to get you on the path to accomplishing your goals.

Venus trine Uranus: A desire to radically change the image of femininity towards more inclusive collectivity. Venus the planet of justice, love, harmony and how we relate to others and the world around us is being offered a levelling up from the planet of ingenuity and change. Open yourself up to change however it may manifest for you.

Mercury square Uranus: Communication is hard to pin down and making sense of the nonsense leads to wasted energy. If it’s hard to concentrate maybe it isn’t the time to focus energy in any one directed path. Mercury is begging us to expand our minds to see the information from a very different perspective with Uranus in the mix, but there is a withholding of this broadening due to a rejection of how crazy something may seem. Let the information simmer, don’t force it. Being the observer during this type of transit before jumping to judgements will keep you in the clear later on so as to not have to backtrack what was said.

Chiron sextile Jupiter: The wounded healer is making a harmonious aspect to the planet of abundance and generosity. The two combined opens our hearts to individuals who we can relate to. We are going through a period of healing our relationships to our beliefs and old thinking patterns, being kind to those who maybe aren’t understanding reality the same way we are is a heart-opening opportunity. Jupiter in Aquarius is the teacher to the masses and connector of the collective, watching the collective from a larger perspective offers great insights to how we as individuals assimilate information on a personal level.

Mars square Saturn: The two are at odds but they work to construct strong structure together in creative ways. Feeling stuck, deadlock, needing to change or adjust your approach to a problem surfaces as Mars comes into a square with the great restrictor. Have a plan B, C and D and you will have all bases covered. 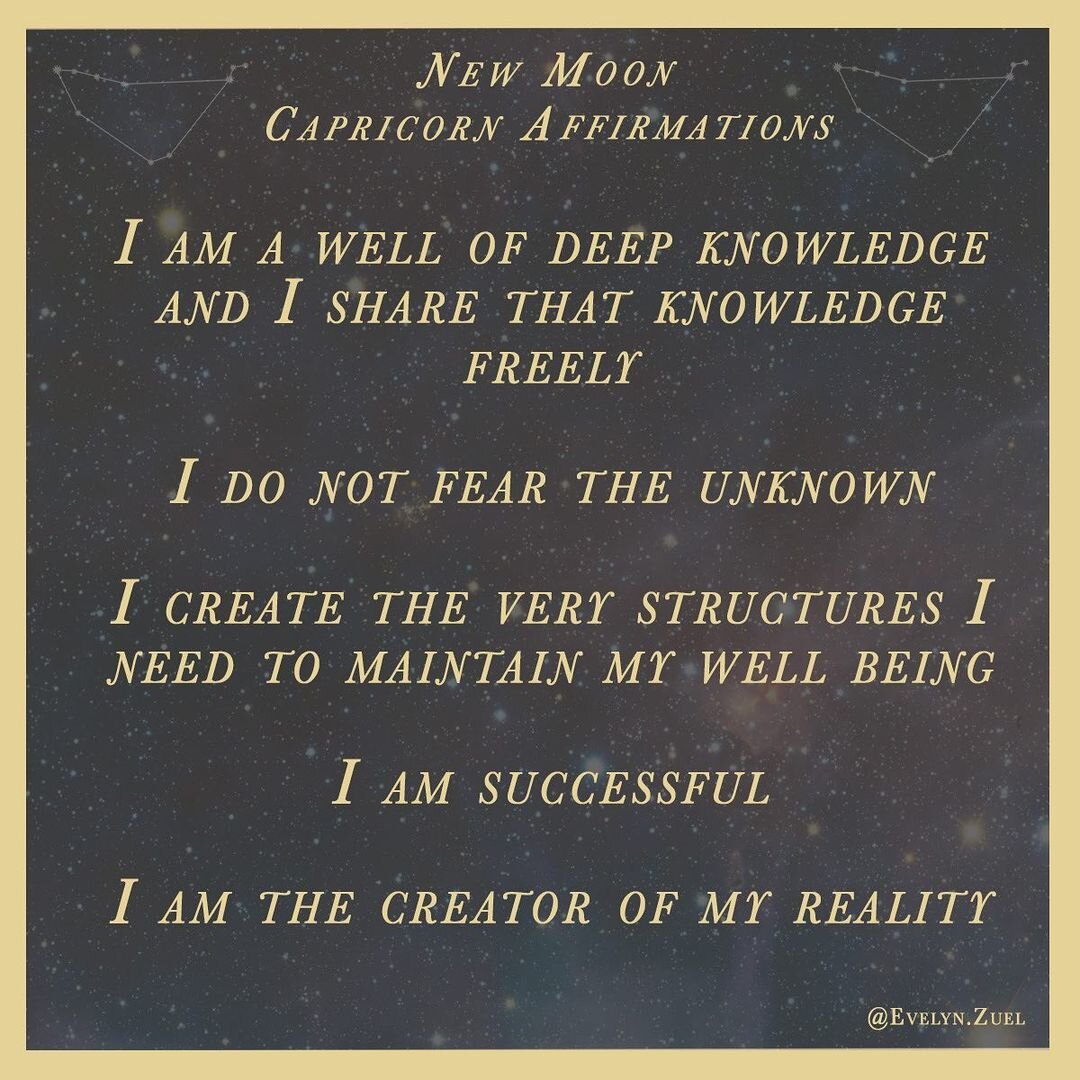 I do not fear the unknown

I am the creator of my reality

This blog originally appeared on Magic of I.