Future Dreamers are proud to be supported by 100% values aligned advertisers. This article is brought to you by our partner, Jonny.

“Just the other night I was sitting on my couch a few wines deep, face to face with a gorgeous man and things started getting hot and heavy (like real hot and heavy) so we decided to take it to the bedroom. We were fooling around, clothes were being peeled off and thrown across the room when he got up and reached for his jeans. I knew exactly what he was searching for and the feeling of respect that washed over me was unbridled.”

Raise your hand if you’ve ever said ‘f*ck it’ to the love glove and let it slip in without wrapping it up. Just so you know, my hand is raised. I think we can all relate to those impromptu moments when the interruption of reaching for a condom that’s inside the wallet inside the pair of pants you’ve just seductively taken off and flung across the room, feels like the worlds biggest chore. Trust me, I get it, but what I don’t get is the shame, embarrassment, and irresponsibility around condom requests and use.

We are fortunate to live in a first world that allows both choice and accessibility to use not one but multiple forms of contraception. Not everyone has this, remember that. And whilst we celebrate the heroic, everyday inventions like light bulbs, scissors, and cars, we still owe a lot to our dear friend Condom. Love glove, cock sock, dinger, rubber, I’ve heard them all, but if we’re all on nickname basis’ with condoms then why are we such shit friends to them? It’s time to celebrate the condom!

Alright, let’s get a little personal here, just the other night I was sitting on my couch a few wines deep, face to face with a gorgeous man and things started getting hot and heavy (like real hot and heavy) so we decided to take it to the bedroom. We were fooling around, clothes were being peeled off and thrown across the room when he got up and reached for his jeans. I knew exactly what he was searching for and the feeling of respect that washed over me was unbridled.

The fact that I was about to enter a sexual experience with a man who respected my body (and his own) enough to use protection despite every excuse under the sun that could’ve been spoken, was a very affirming feeling. So, to pass the (very little) time of him reaching for and applying the condom, I reached for the water based lube – that has its permanent spot by the bed – and began to pleasure myself, in front of him. I guided him through what I was doing vocally and visually and explained each part that made me feel good. Now take it from me, if you can give someone an informative how-to guide whilst making it sexy, I can assure you all information will be received well!

This is what you told us… 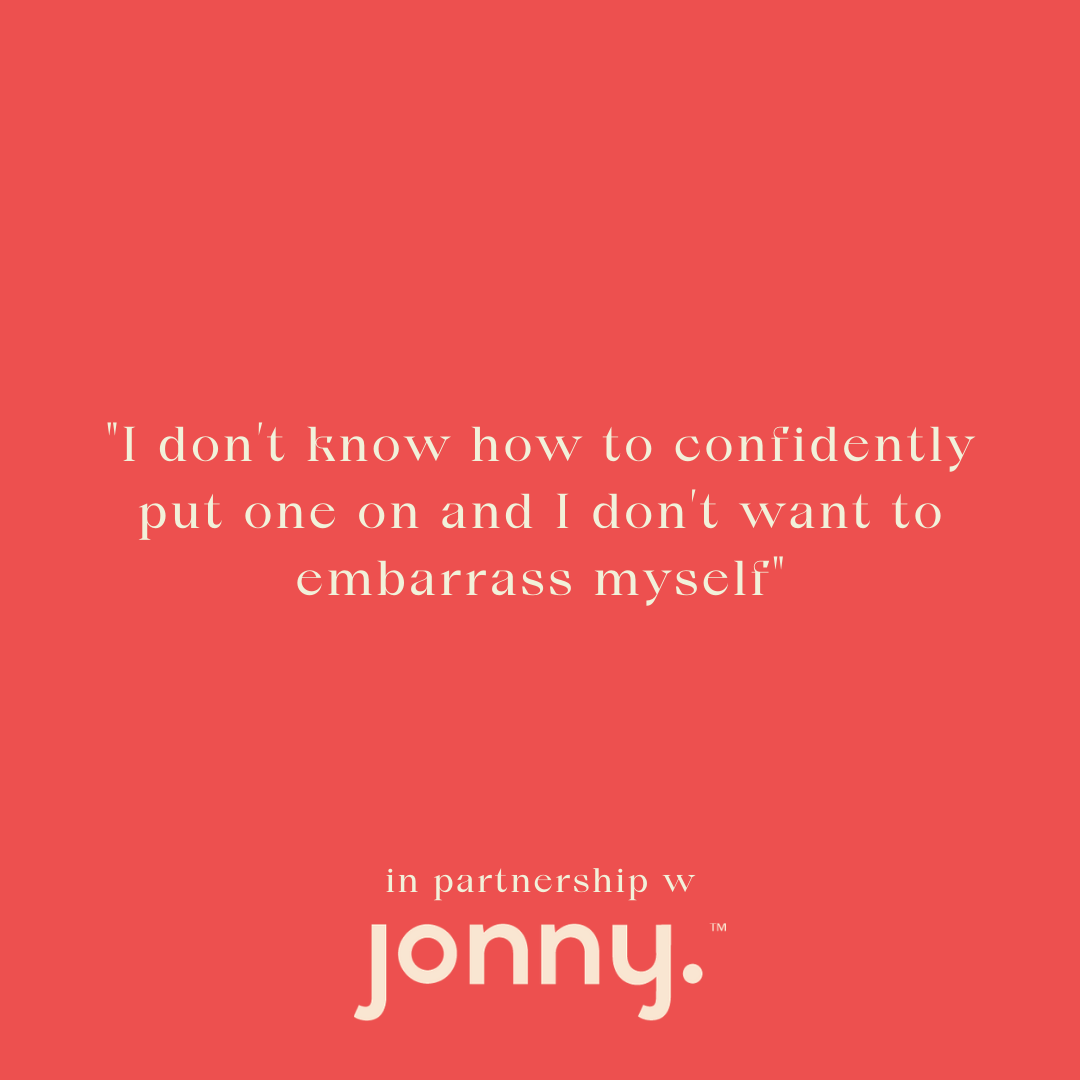 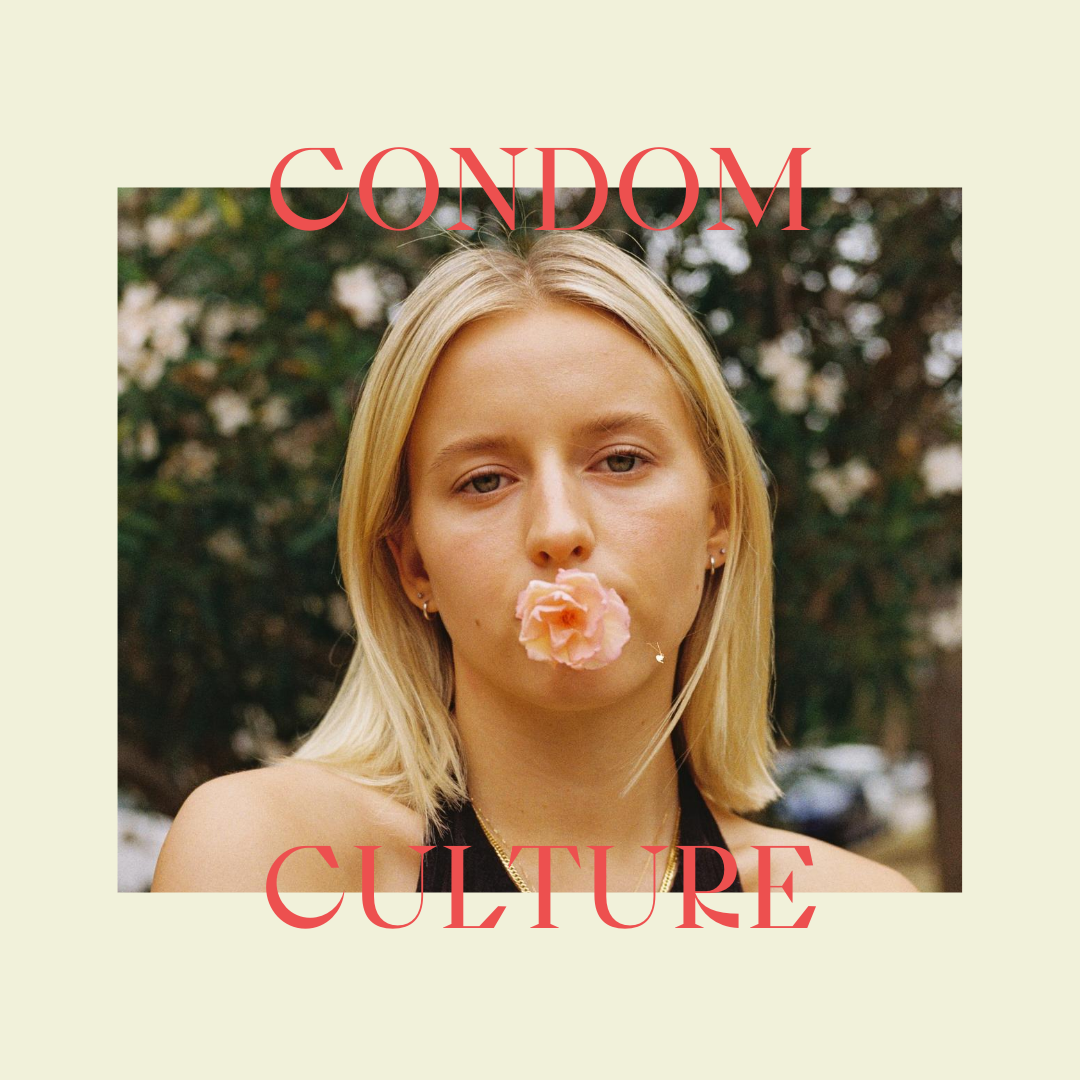 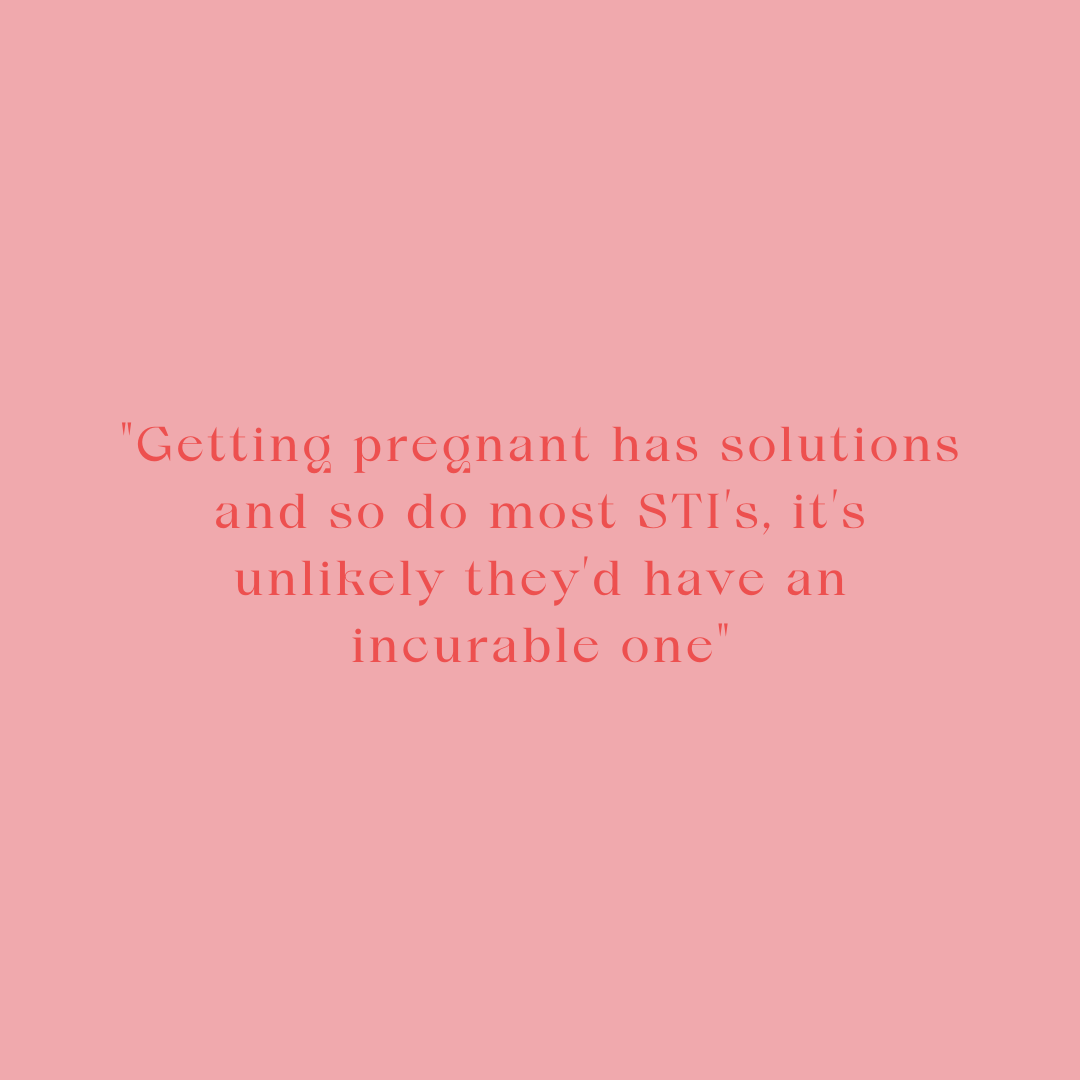 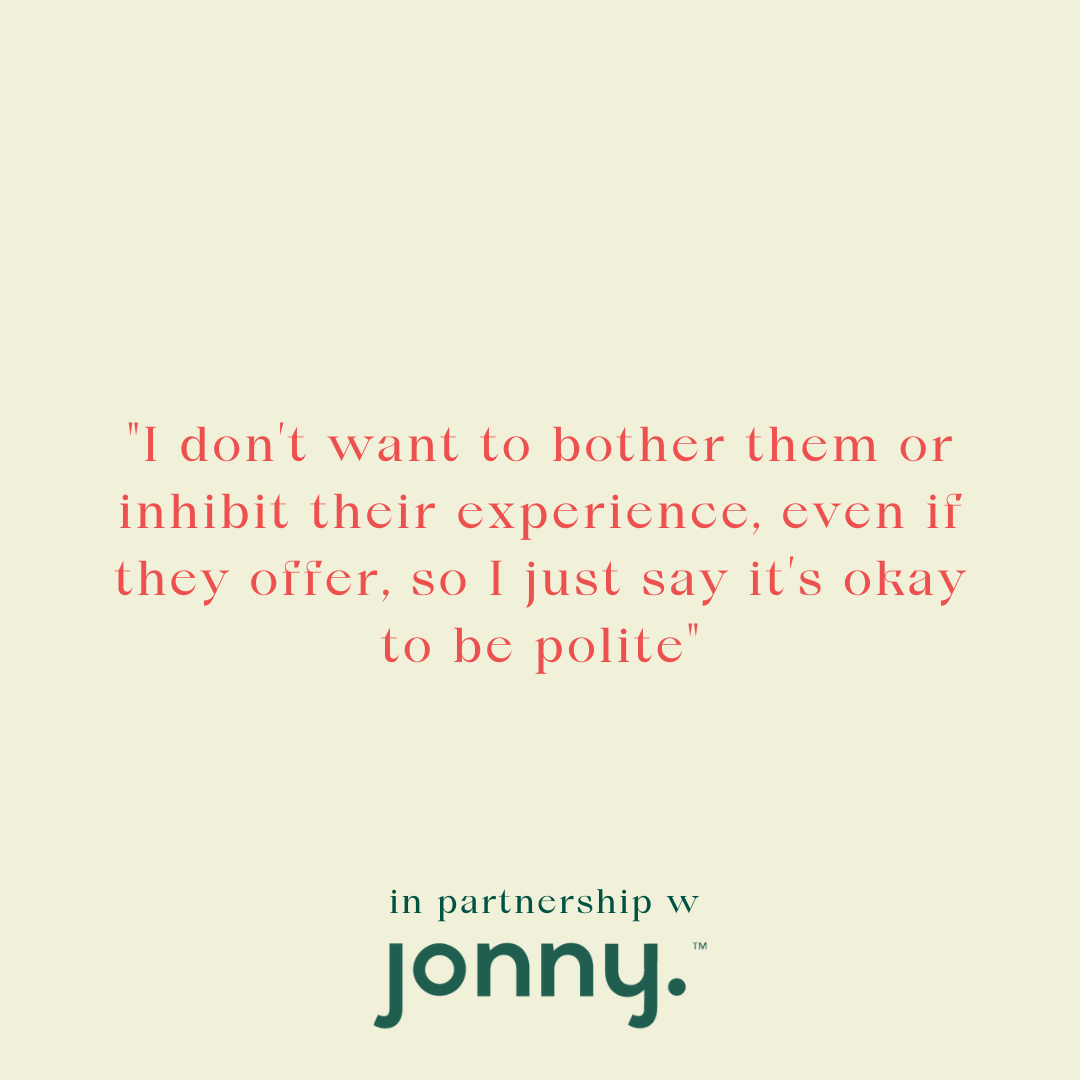 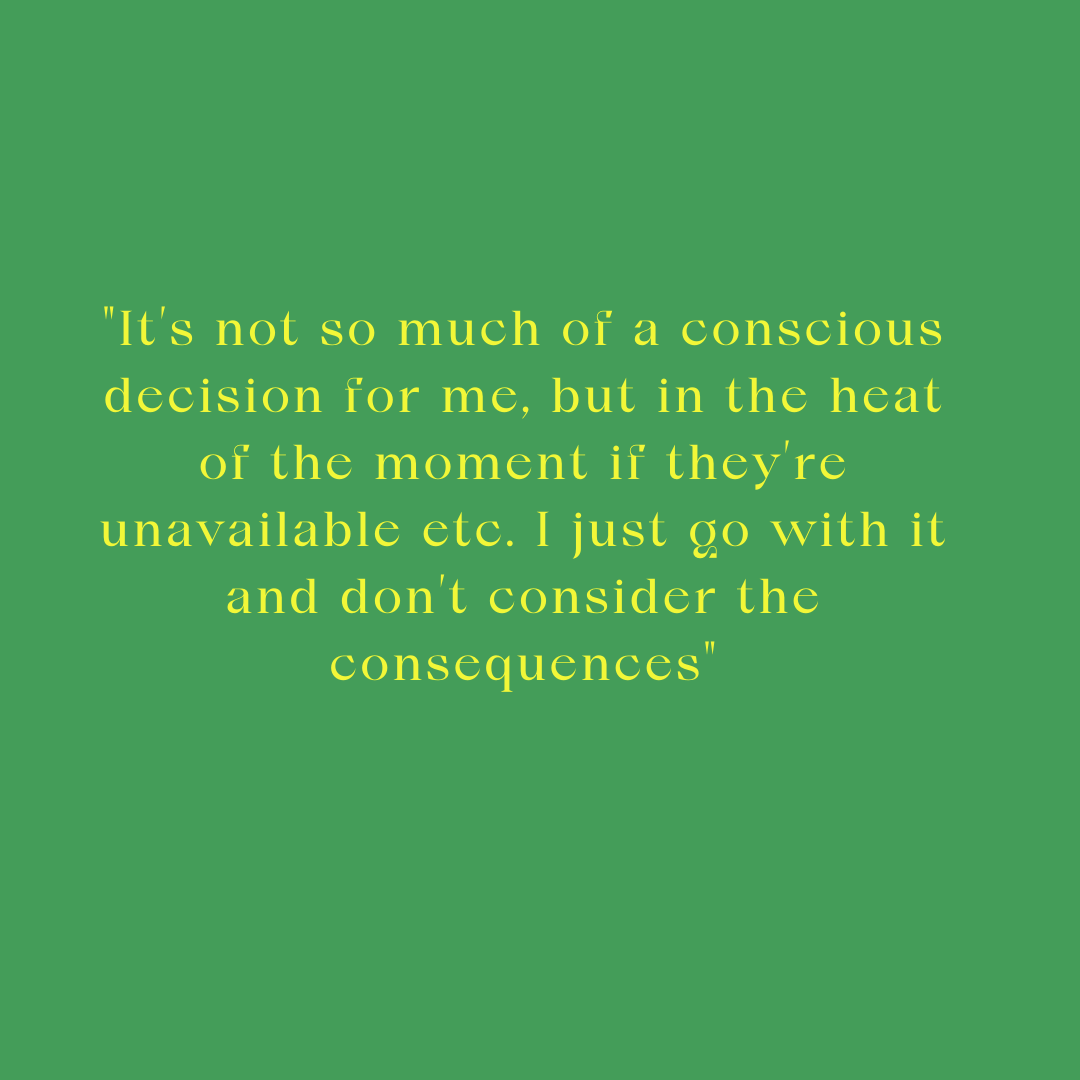 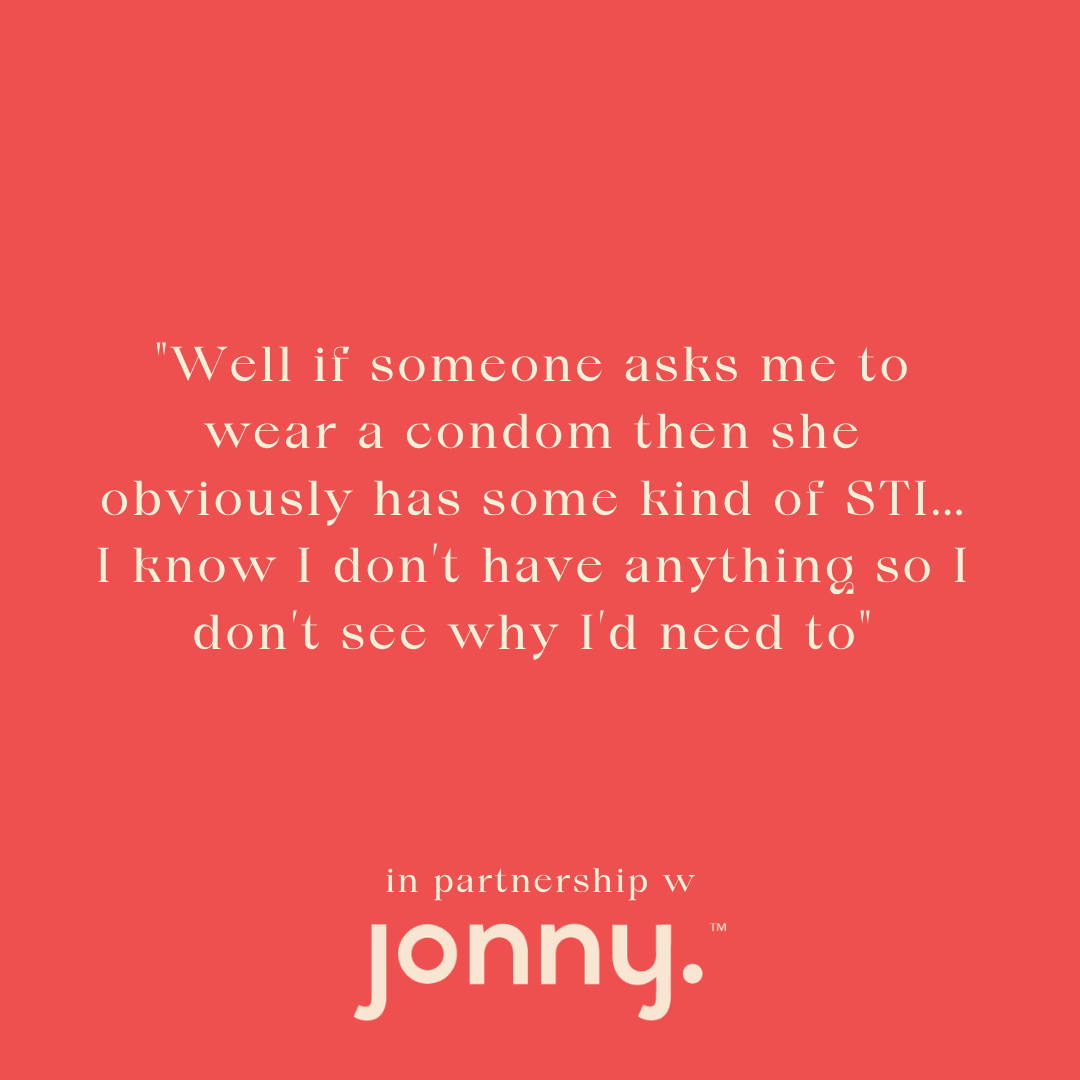 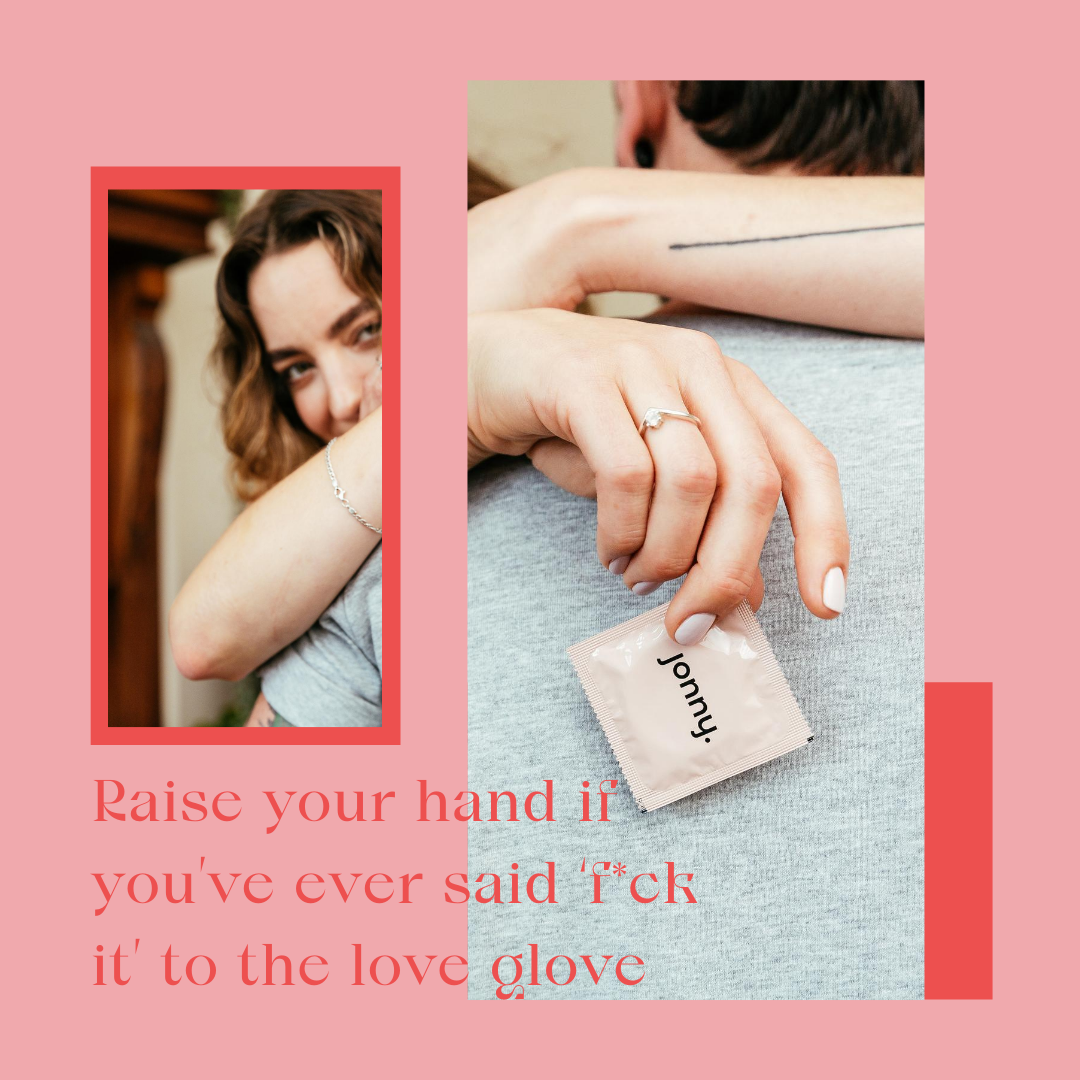 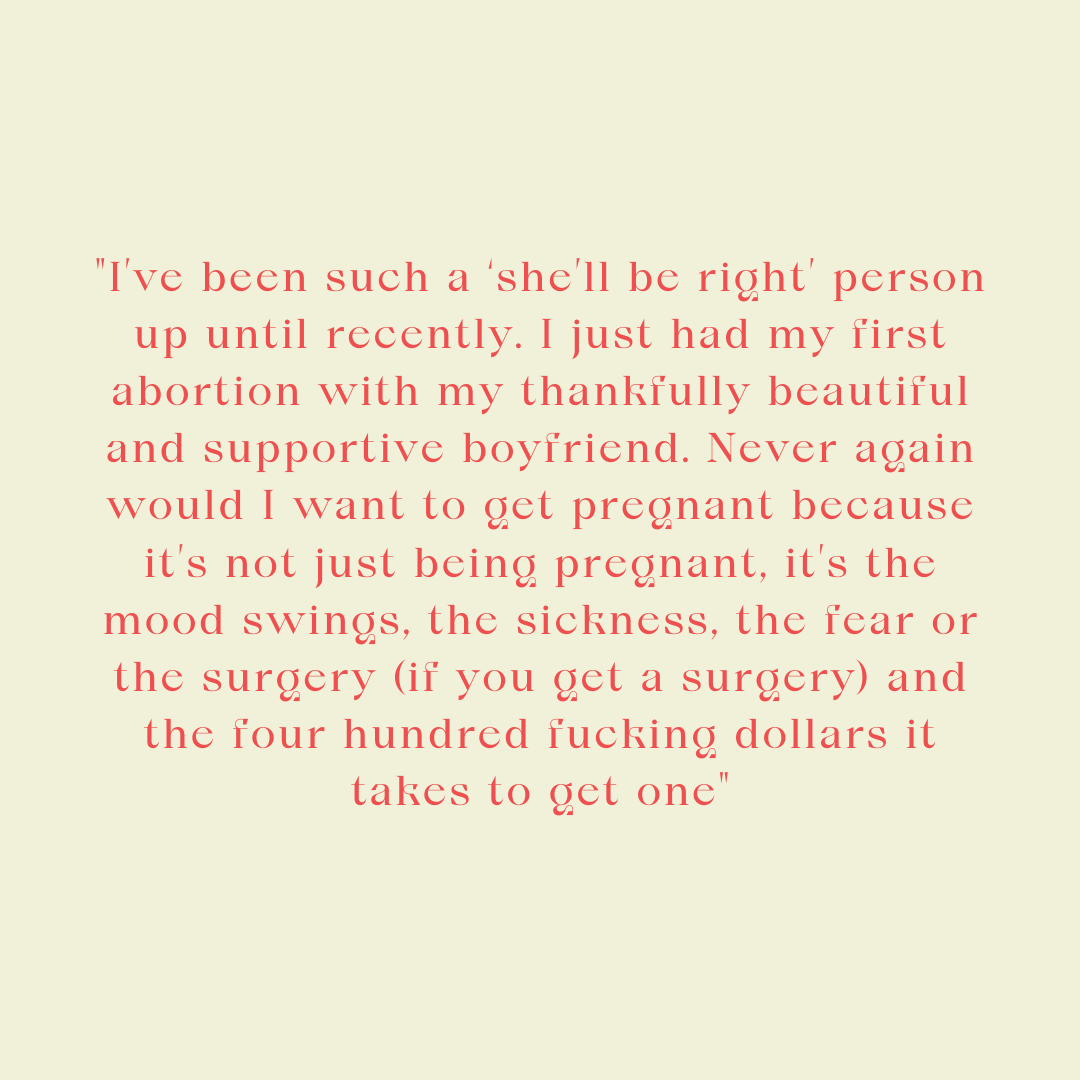 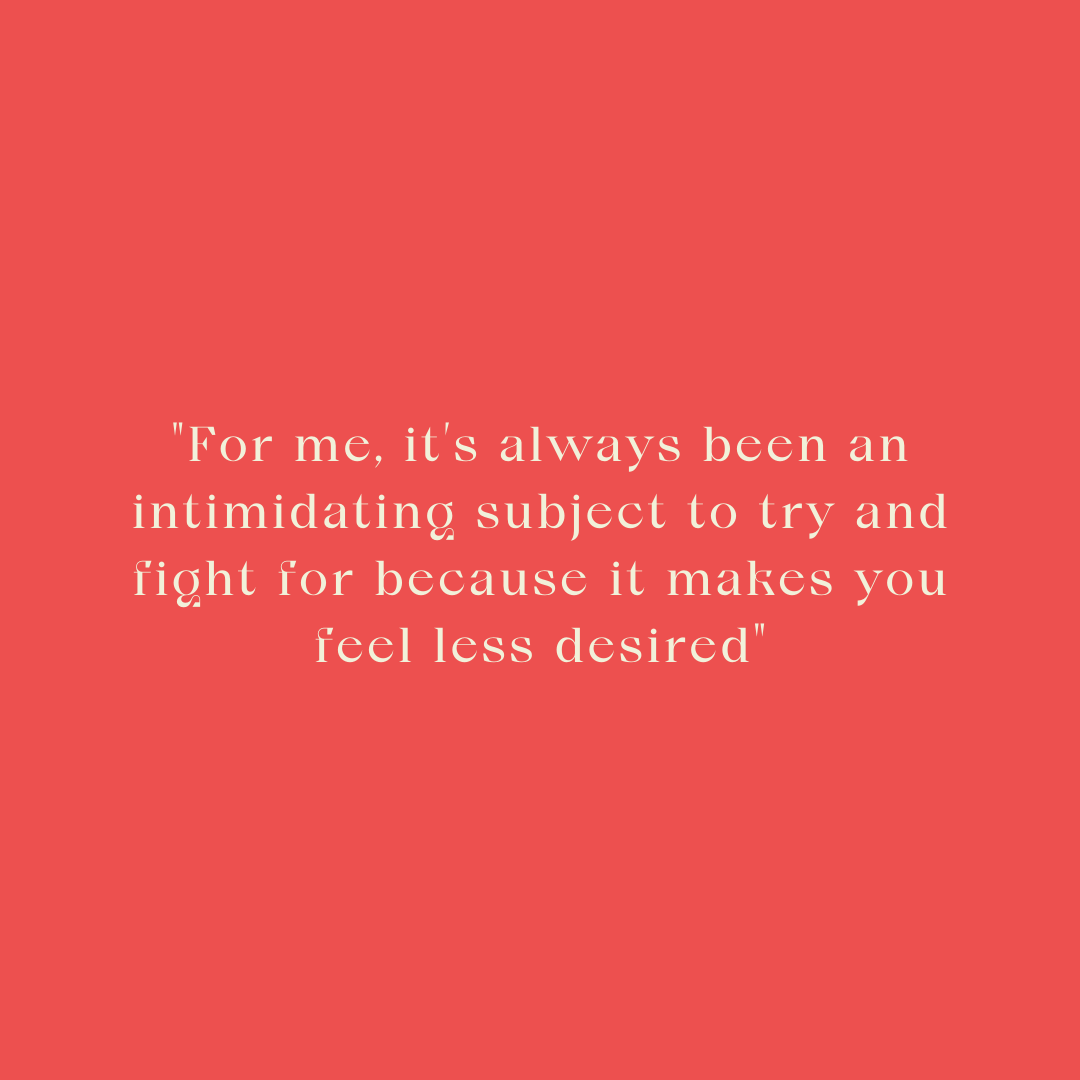 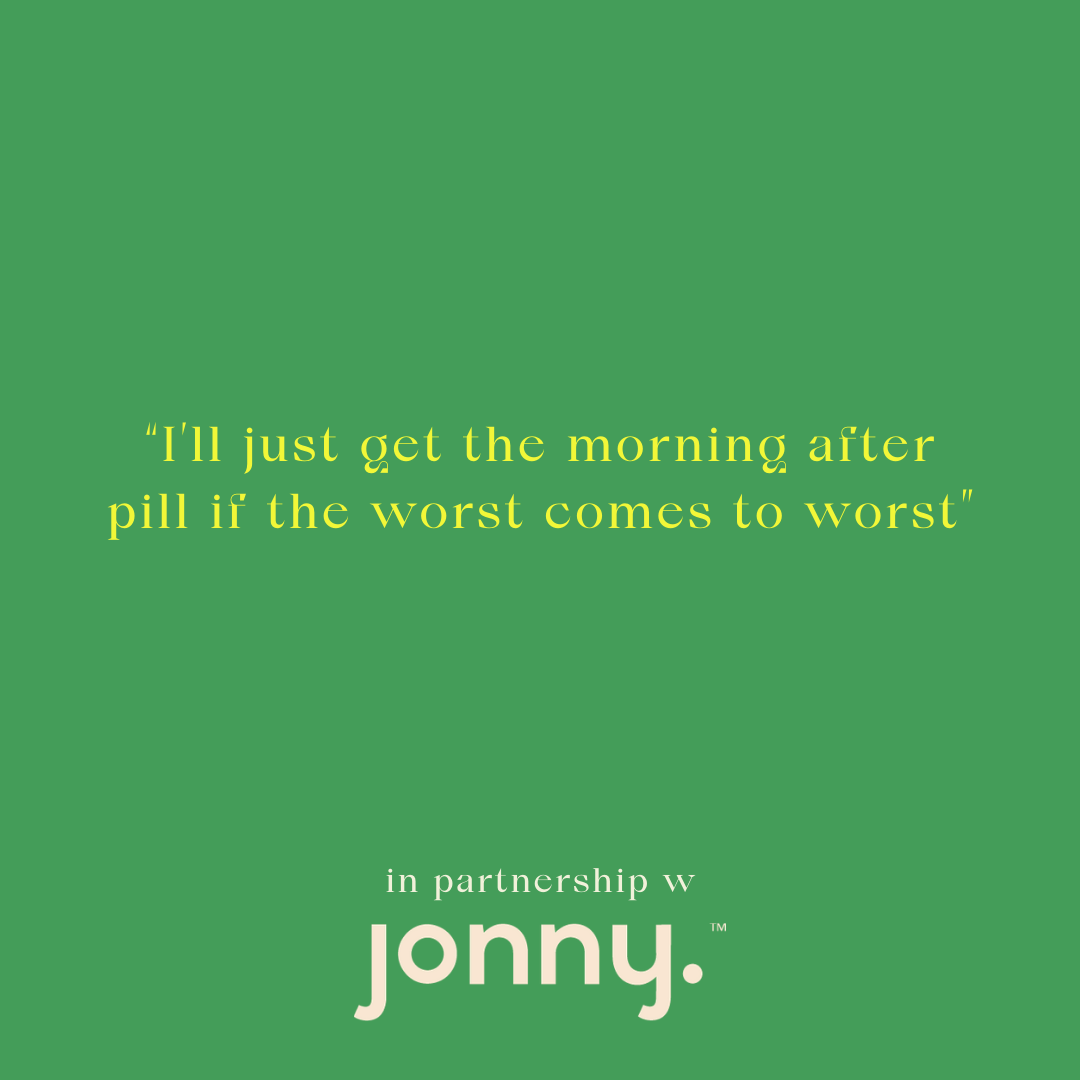 If I’m being honest though, I was someone who disregarded condom use, convincing myself that they were this awful distraction that created a divide in foreplay and physical connection and decreased the pleasure of sex. Those learned beliefs were a product of both men and women constantly harping on about how shit they feel during sex and how the man loses sensitivity, blah, blah, blah and me actually believing it. This perspective changed for me when I actively shifted my thinking around condoms being a negative ‘barrier’ when in reality they don’t have to detract a beautiful sexual experience. When you make it fun — like shopping for them together or using your mouth to apply it — instead of focusing on all the things you don’t like or can’t feel, you can easily access a more mindful experience by dropping into the present moment and talking about everything you do like and can feel.

What I’d love to see a shift within the condom rationale is our twisted perception of chance and odds. We tend to carry a delusional sense of invincibility because “if I’ve had this much sex and nothing bad has ever happened, why would it happen now?”. We do not need to wait for a positive STI or pregnancy test result to take precautionary measures in the first place. Basically what I’m saying is don’t wait for something bad to happen to do good. So we took the ‘no condom rationale’ to the streets and we were a little perplexed. Whilst some understood and could openly admit their irresponsible lack of condom use, most just don’t use them at all.

“It feels better not wearing one and If it’s a random hook up I’d much prefer to wear one for safety reasons.. but 9 times out of 10 I feel the guy never wants to wear one and I’m not confident enough to speak up”

“I don’t want to bother them or inhibit their experience, even if they offer, so I just say it’s okay to be “polite”.

“Well if someone asks me to wear a condom then she obviously has some kind of STI… I know I don’t have anything so I don’t see why I’d need to.”

When I chatted with Future Dreamers’ Sealed Section sexologist Kassandra Mourikis, we spoke about the cultural beliefs that teach women to prioritise other people’s pleasure and other people’s feelings above their own.

“We’re so often taught to not take up space and so we find it really difficult to enforce boundaries” says Kassandra. As a fellow woman, I can relate to this, I mean, can’t we all? We’re taught that it’s better to be polite than, to be honest, to prioritise other people’s feelings and pleasure before our own and that then sets a universal standard for our sexual partners.

But what we need to realise is that part of our empowerment as rising women is creating space for our desires, wants, and needs ESPECIALLY in the bedroom. How do we exercise this? We start by requesting the use of safe, consensual sex, and standing firm in our decision to do so. If you’re about to sleep with someone who you feel will make you wrong for asking them to wear a condom, do you really want that energy to enter your body? Let’s work on feeling strong enough to say “I respect and understand that you don’t want to wear one, I hope you can respect and understand that I don’t want to go further”.

I think we can all agree that it’s time we start seeing a shift in the perspective and rationale around sex which can be achieved through having more sex! Yep, you heard me. Let’s start celebrating the celebration of sex by having MORE sex, safely. Let’s also actively challenge our cultural norms by lifting each other up with conversations and calling each other out when we see or hear of the invincible principle taking place. In the end, we all have our part to play when it comes to sex so let condoms play theirs and sit back and enjoy the ride!