“All genitals are different – everything is as it should be, and everything is normal. I’d loved to have seen a realistic array of vulvas and penises, not just the little pink diagrams we were shown“

For Lydia Reeves, her relationship with her vulva was full of self loathing and insecurities because of what she saw in porn. The under representation of a broad array of lips, clits and lovely long labia impacted her confidence deeply. However, driven by a lack of confidence, Lydia embarked on a brave and transformative journey to cast her vulva (something that remained hidden under her bed for 9 years before she was ready to face her fears) which snowballed into a collection of body positivity artwork that is changing the way young and older womxn feel about their bodies. Lydia’s work is real, raw, granular, intimate and changing not just the way people feel about their vulva, but how they carry themselves through life.

What did you dream of becoming growing up? How did you find yourself casting vulvas?

I always felt a bit lost with what I wanted to do in life, as so many of my friends had big dreams and clear visions. All I knew from a young age is that I loved art and I loved creating. From the beginning of Uni I realised I could to change people’s perceptions of beauty through art, and so I pursued that year on year whilst at the same time ‘trying to figure out what it was I wanted’ – I guess it was right under my nose the whole time! I suppose I always thought that being an artist full-time would be so unachievable. And now look at me! My younger self would be so proud.

I found myself casting vulvas due to my own huge insecurities growing up. I loathed the way my vulva looked, and so hid it away from my own eyes as much as possible. I cast my own vulva when I was 19 (9 years ago) to try to overcome my insecurity by being face-to-face with her in cast form! I wasn’t ready for this level of acceptance and hid the cast under my bed never to be seen again. 8 years later, at the beginning of 2019, I cast my vulva again and this time I put it on display in my studio. This time around, looking at it every day has made such a huge impact on me. I’ve got so familiar with it that it’s become the same as looking at my hands, or my face in the mirror. After realising the impact it’s had on me, I wanted to give this opportunity to so many other womxn. I want to give everyone a chance to celebrate their vulvas!

This is such a powerful therapy, and what a beautiful gift to yourself. What are some of the core themes that have emerged in what people have written about their vulvas?

Yes! MORE TALKING BOUT the VULVA! Can you describe the process, from inviting people to become involved in the vagina diversity project, to walking into your studio, what is the energy like? Are people relaxed, nervous?

Most people are quite often a little nervous at the start. I always talk to them beforehand about why they’ve decided to come and get cast, and I share a bit about my story too if it feels appropriate. I allow some time to find out a little bit about each other. Usually then by the time it comes to doing the actual casting they feel like they know me a little more, they’re a lot more relaxed and comfortable.

Why do you believe womxn hold shame and fear about how their vulva look?

I could write a whole book on this topic alone, but I’ll try and keep it concise! I think as I said previously, a lot of this comes from watching pornography at a young age, and not understanding that this isn’t a real representation of how all vulvas look. Somewhere down the line a message has emerged that smaller is better when it comes to our vulvas. And so that is what is depicted in porn most of the time. We then get it into our heads that this is the desirable way to look, and if you don’t fit into this category no-one will find you sexy and that actually you’re very much in the minority of vulvas out there. Which just isn’t true. With more vulva diversity projects going on, I’m hoping this mindset and way of thinking about ourselves will slowly change for the better.

What are the core gaps in young people’s sex and anatomical education, what sort of experts/information do you believe young women need to live full, happy, and pleasurable lives?

Wow I feel like there’s so much that wasn’t covered for me in sex-ed that, now as an adult, I would have loved to have been taught when I was at school.

Here are just a few:

I’ve actually just started a project with my lovely friend and now colleague Naomi Gale. It’s called the What Is Normal Project and it aims to get my casts into schools, and cover a lot of the topics that we feel are missing from the mainstream Sex Education. Our Instagram is @whatisnormalproject if you’d like to find out more. 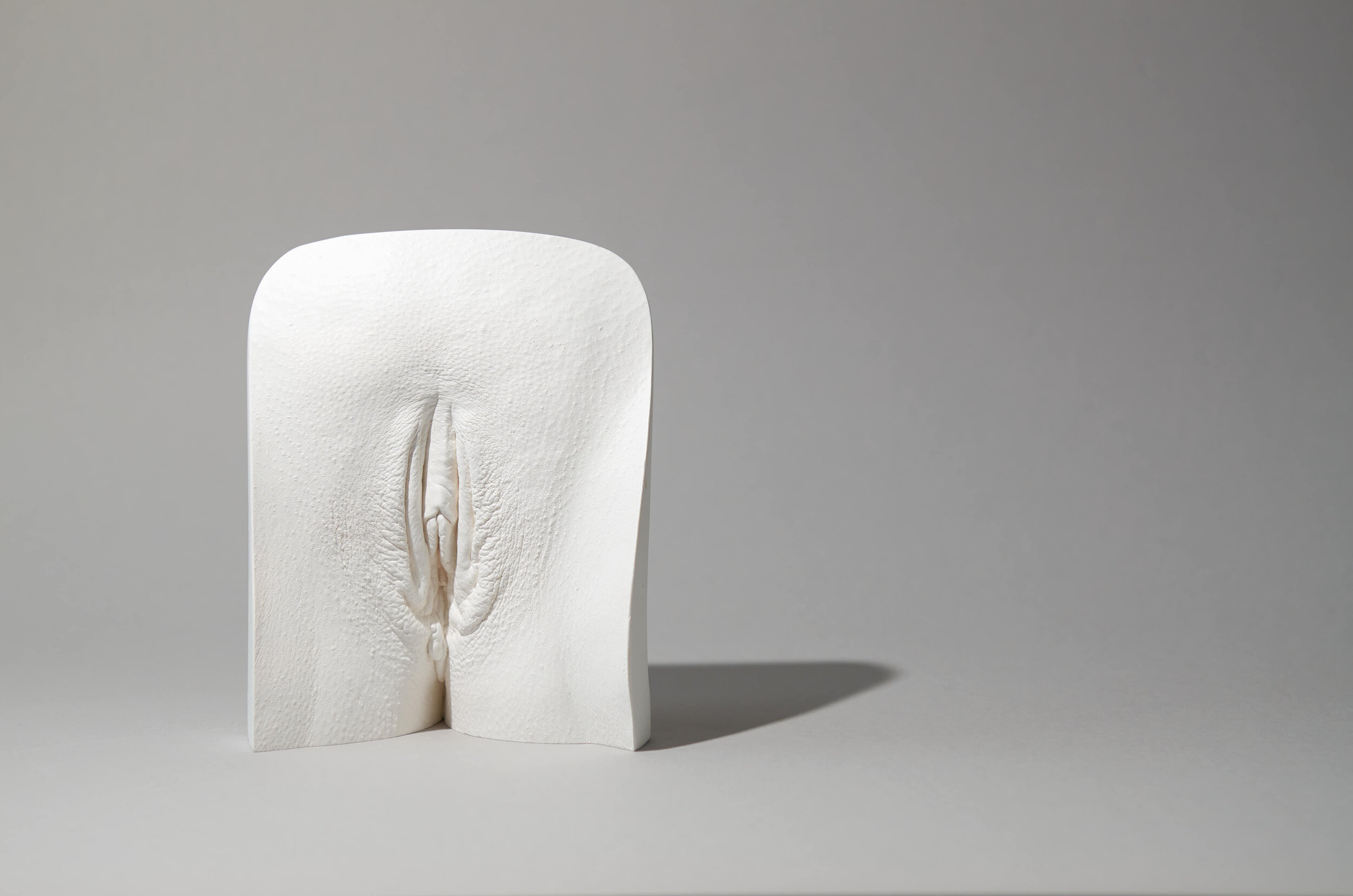 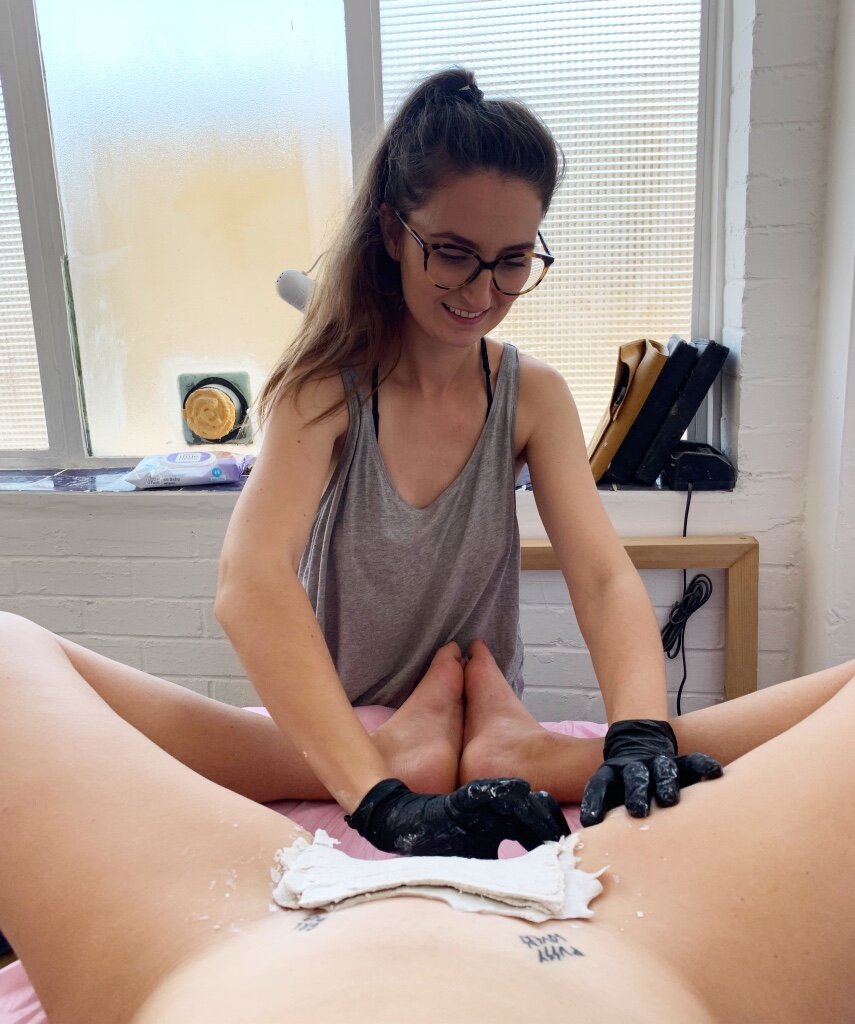 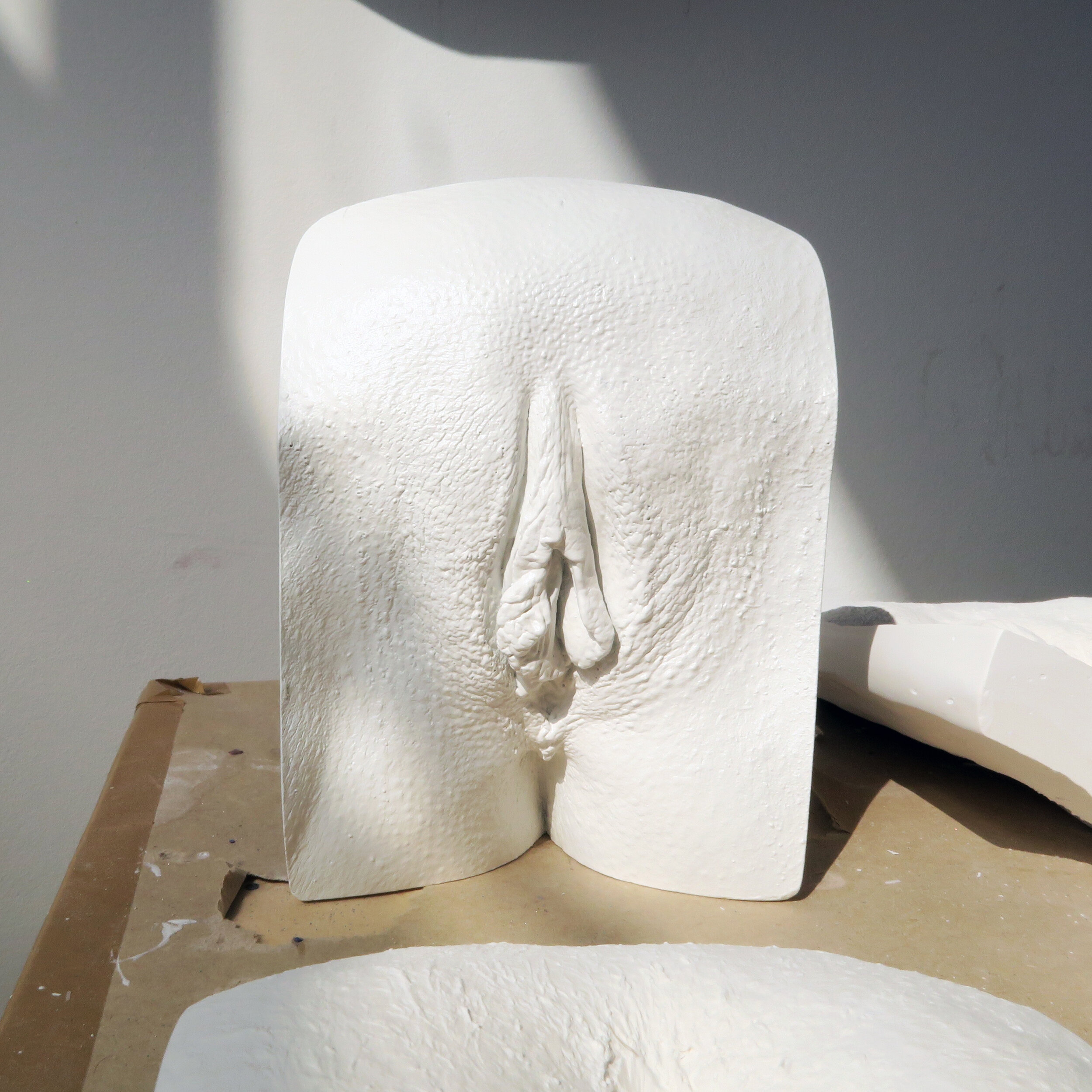 The vulva is considered, the universal place of origins, and yet, it is rarely celebrated, instead holds shame for it’s aesthetic, smell, or aesthetic diversity. Can you share how you believe parents can help their teens to reclaim the power and celebrate the vulva?

They can buy my Vulva Diversity book when it’s out 😉 Haha, but in the meantime, I think firstly, as a parent you need to educate yourselves on the huge variety of vulvas that there are, do the research and then you can pass this information onto your teens!

It’s a different world these days, as pornography is so easily accessible and beauty standards are so high, and so even if you think it wasn’t an issue in your day, so it won’t be an issue now – it IS an issue. And young girls growing up deserve to feel empowered by their vulvas. To get more on their level, and if you don’t want to do much talking, you can point them in the direction of Instagram pages such as @the.vulva.gallery @thisisavulva @comfortableinmyskin_ as well as mine @lydiareeves_artist to educate them in a positive way.

What advice would you give to teenage boys about supporting girlfriends who might not feel safe or comfortable because of the way they look?

Educate yourselves in the right way.

Never ever make silly derogatory comments about vulvas to her, or with your mates, even in a jokey way. Girls will pick up on those comments and it can cause huge anxiety for them right into adulthood – believe me, I’ve been one of those girls, and I’ve spoken to enough other womxn about it now who have said the same story about hearing the things that boys would say in the playground, and those comments have haunted them for years.

There’s nothing sexier than learning about your girlfriend’s body – learning what she likes, what she doesn’t, and being able to see the pure joy in variety that comes with every single girl. And if you can show and tell her how sexy you think she is, and how cute you think her vulva is, it can make a world of difference to a girl’s confidence.

Side note: Many of us feel a little bit lost, and unsure of what our future might look like in the years beyond school…well Lydia was the same. Can you imagine Lydia telling her guidance counsellor at school that she wanted to be a ceramicist who made moulds out of vulvas? If you don’t know what you want to be when you ‘grow up’, don’t sweat it, just know that your dream, could just arrive in your underpants, just like Lydia’s.